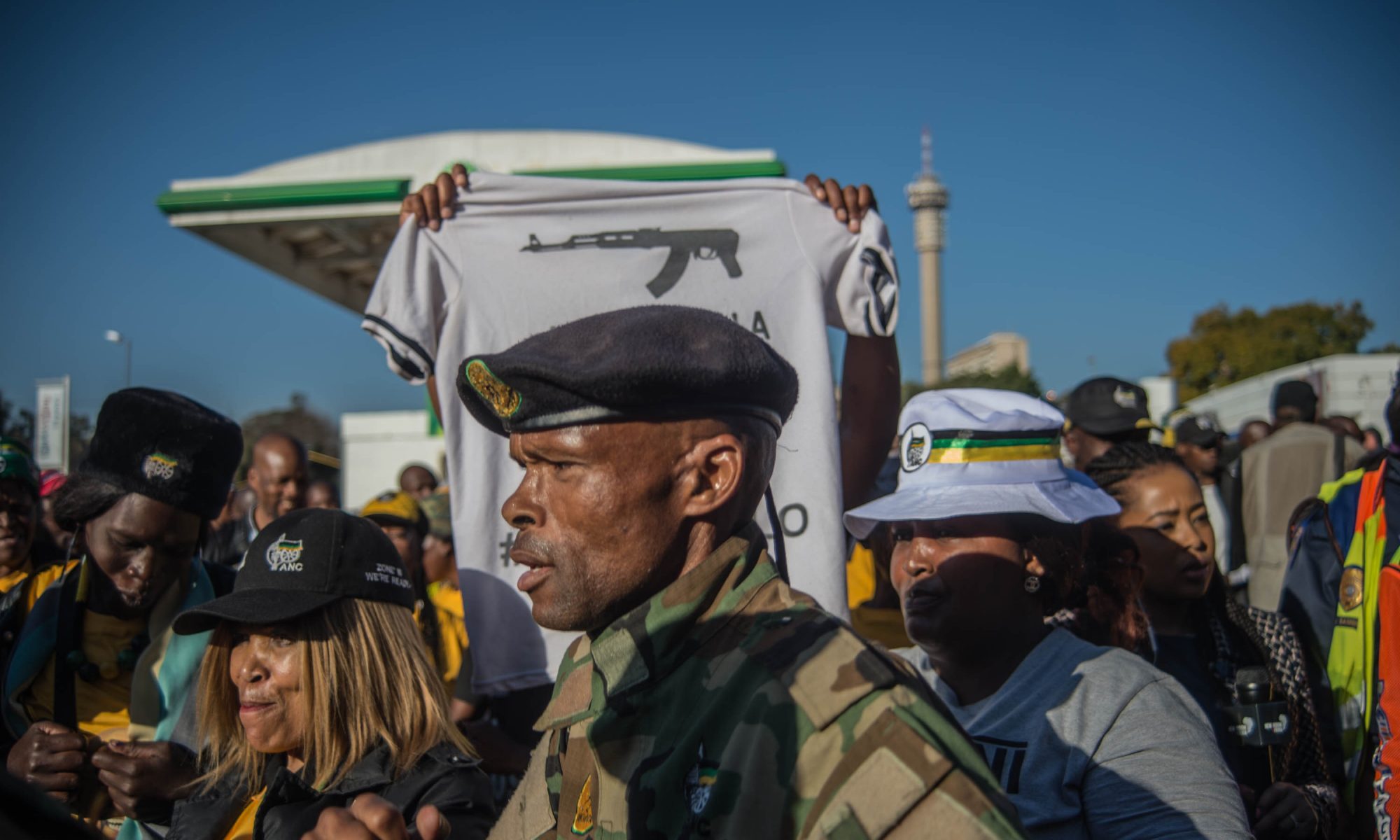 A LIKEABLE SMALL AND AGILE PACKAGE

For a vehicle that promises loads of fun in an affordable package, the Suzuki Swift is guilty as charged. END_OF_DOCUMENT_TOKEN_TO_BE_REPLACED 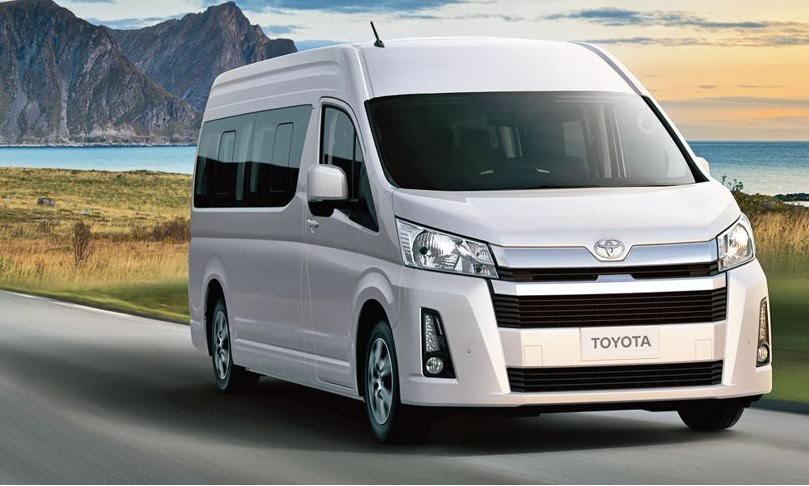 As things stand, most people in our country are ferried around in Toyota models. END_OF_DOCUMENT_TOKEN_TO_BE_REPLACED 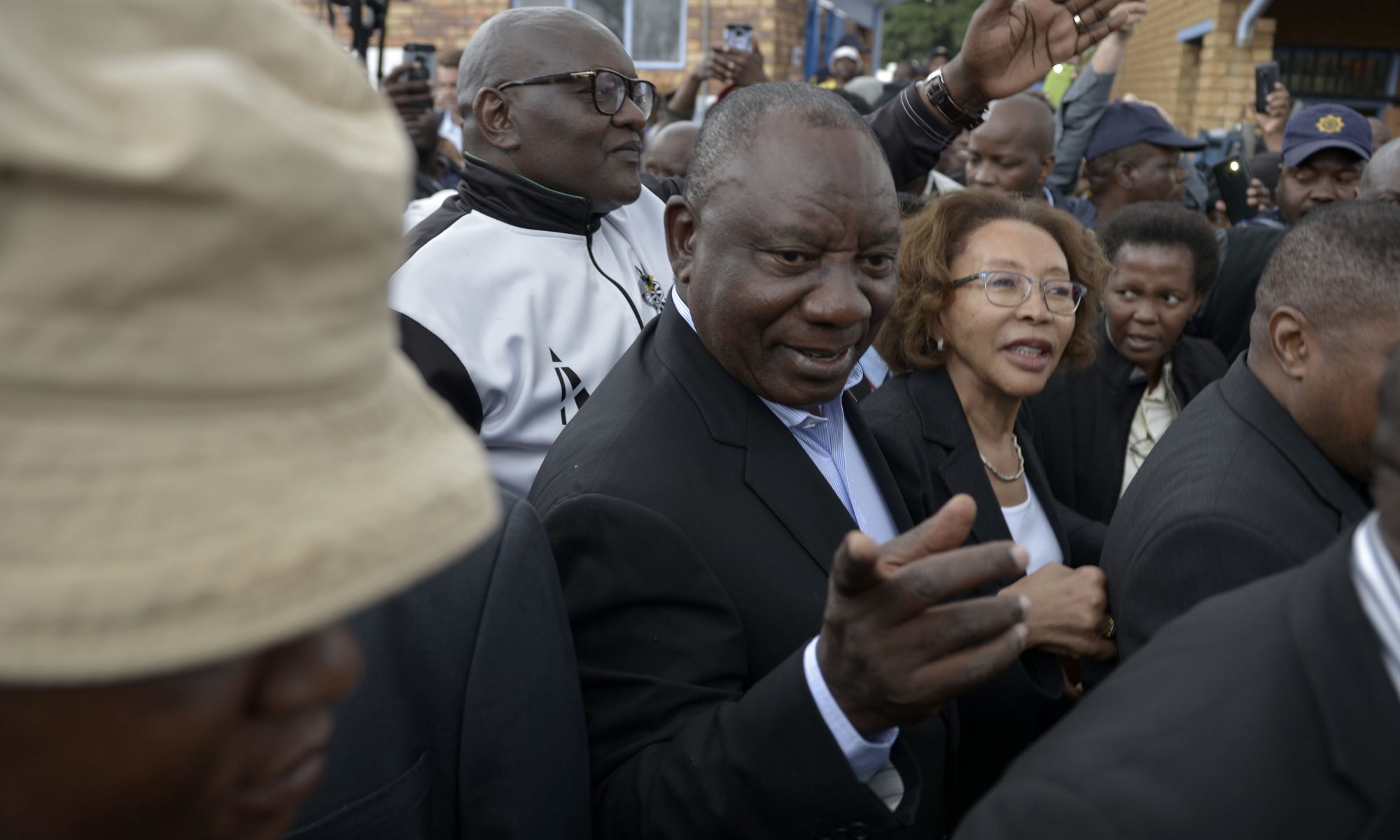 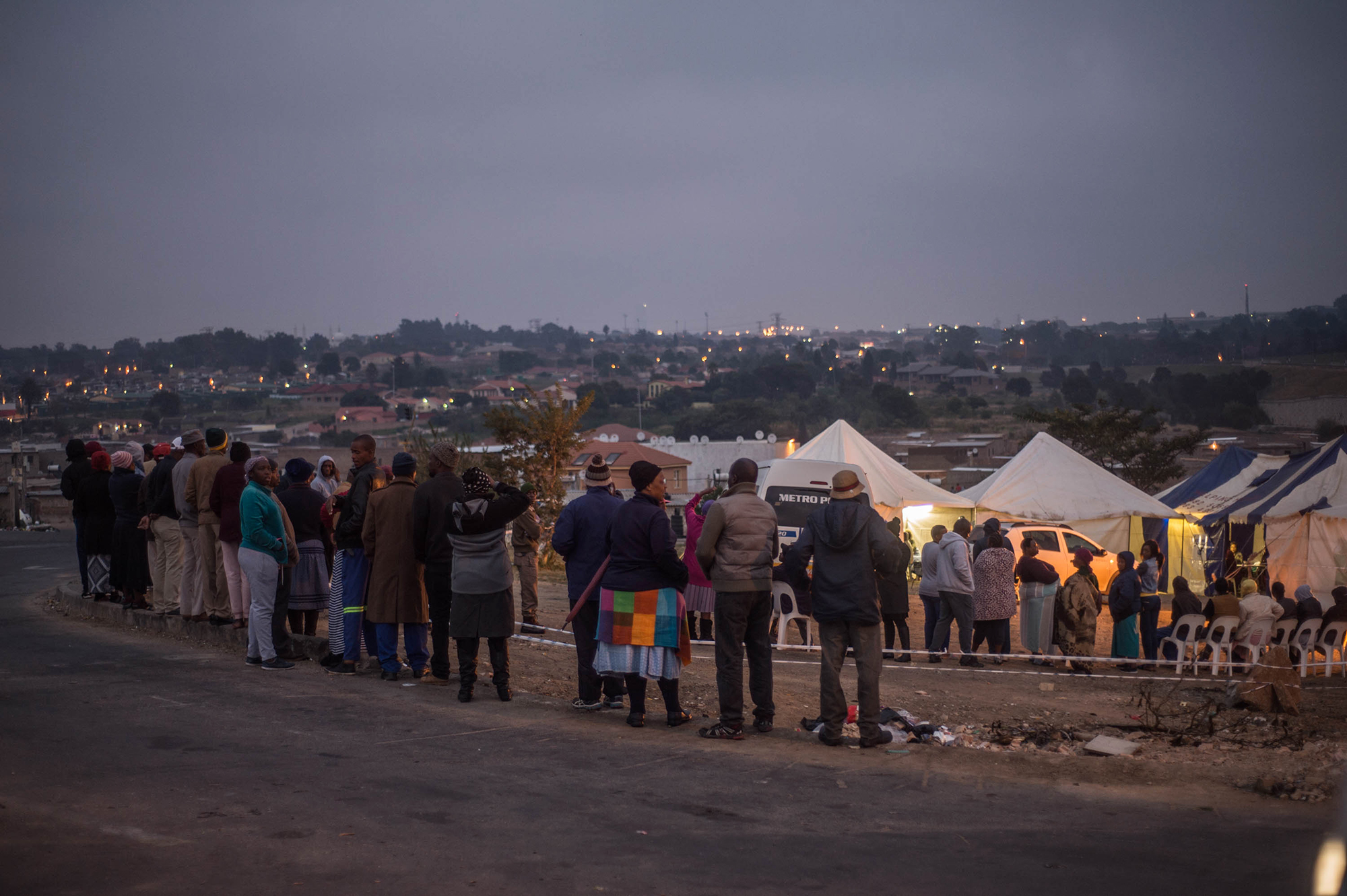 Millions of South Africans went to their polling stations on Wednesday to cast their votes in what is seen as one of the most contested elections since the dawn of democracy in 1994.
It was generally a peaceful election – barring several isolated incidents of violence and intimidation -with results expected in a few days time.
By and large it was an election characterised by either continuity or change as seen by the huge number of political parties taking part – 48 of them.
Like in any election there were technical glitches here and there but most observers will agree that generally the elections were free and credible.
The counting of the votes have started in earnest with the ANC seemingly ahead although it’s still early to say if the party will garner the two-thirds majority it hankers for.
According to the IEC the
final result are likely to be announced early next week if there are no serious objections which may result in litigation which may see the inauguration of the winning president delayed.
TWO MORE GAMES TO GO
Its a tale of two cities for Orlando Pirates as they prepare to wind up their highly consistent 2018/19  league season.
With only two games outstanding the fixture deploys the Sea Robbers to dock in Cape Town to face local giants City under the tutelage of their former striker Bennie McCarthy in a penultimate clash scheduled for Saturday.
It could not have been the best of times to visit the Cape for the Orlando Pirates, what with McCarthy’s charges having a mathematical chance to snatch the ultimate prize right under the feet of log leaders Pirates and the marauding Mamelodi Sundowns  – both teams who are sharing top spot but on goal difference.
It could also have not been the worst of times for Pirates to subsequently have to take a trip some 400ks north of Johannesburg to Polokoane, where they have a midweek date with their nemesis – Polokane City.
For Pirates to  ensure they ring fence their title hopes, they must conquer both Cape Town and Polokane.
It’s going to be an epoch of disbelief for the throngs of Pirates supporters should their heroes choke and falter at the gates of glory.
What is generally agreed upon is that Pirates play enterprising attacking football, and the gods of football have been kind to them.
In these last two fixtures they are going to have to dig deeper if they are to emerge victorious.
With Sundowns likely to be docked some point(s) the Pirates have to ensure they collect the maximum remaining six points.
The stage is set and it all depends on how much the Pirates players want to crown their 2018/19 season – with glory or tears.
And, after all is said and done, history will record it was the tale of two cities that made or broke the Pirates class of 2018/19.

END_OF_DOCUMENT_TOKEN_TO_BE_REPLACED 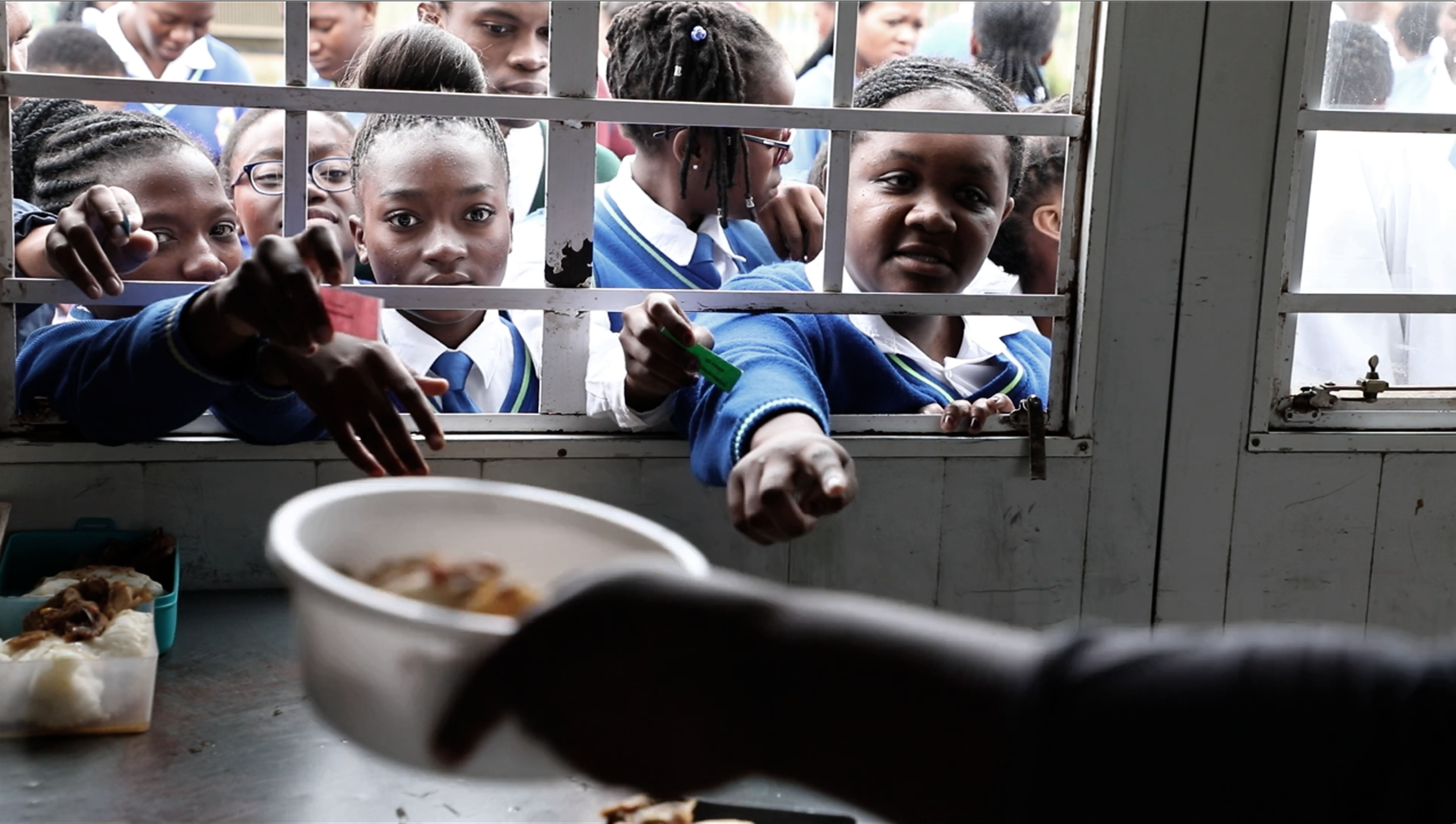 The recently released IMF report which paints a bleak picture of South Africa’s education system as it states, END_OF_DOCUMENT_TOKEN_TO_BE_REPLACED

DAYS AFTER LAYING CORRUPTION CHARGES AGAINST HIS BOSSES

It is inconceivable that prison warder Fanie Mogotji would be sitting idly at home had he not laid charges of corruption and fraud against his bosses. END_OF_DOCUMENT_TOKEN_TO_BE_REPLACED

It was Ian Fleming’s fictional British Secret Service agent 007 James Bond who popularized the catchphrase “shaken and not stirred” when he describes his preference for the preparation of his martini cocktails.

With the arrival of the new Suzuki Dzire, pronounced Desire, the sub-4 meter sedan segment has indeed been shaken and the buyers are no doubt stirred.

Thing is whichever way you look at it, Suzuki has completely flipped the script in its redesign of the third generation Dzire.

Having sorted out its identity challenges, the new offering now stands proudly alone to face the opposition.

What is generally agreed upon is that the previous generations Dzire lacked aesthetic appeal and was thought of as an ugly duckling of a compact sedan.

Again, the jury is still out on the new design but most people will agree that the new Suzuki Dzire now looks more contemporary and its overall design more appealing than before.

The frontal view is dominated by a vertical nose with a large grille with black slats and a huge “S” badge in the middle circled by a thick chrome border.

If the eyes are the window to the soul, the Suzuki Dzire with its sweptback headlamps looks more mature and aggressive enough.

The side profile is better proportionate and can at a glance be mistaken for a BMW 1-series sedan or similar.

The rear may not necessarily be of the Kim Kardashian type, but more the peachy derriere of Jennifer Lopez with the boot neatly integrated unlike in the previous model where it looked like an afterthought.

Despite its sub compact size, enthusiasts will be pleased to know that Suzuki says the new offering is rigid and strong in that in its making they used 36 percent of high tensile steel rather than the 20 percent for the outgoing model.

Open the door and the dashboard though plastic is not incongruous for a vehicle of this type and price.

What is immediately impressive is the tilt-adjustable three-spoke steering wheel with satellite controls, found in most expensive sports cars which makes it easier for egress and ingress.

On the test Suzuki Dzire 1.2 GL which we had, the seats were covered with cloth and the vehicle had all the modern entertainment conveniences which are standard like a 7-inch touchscreen with Bluetooth connectivity.

To ensure a pleasant drive in these soaring temperatures, the Suzuki Dzire comes with a manual air conditioner (for both rear and front passengers) and a pair of conveniently placed 12V ports in the cabin.

Mention must be made of the surprisingly good sound quality, even though the kilowatts are just a few decibels lower to can hold a street bash.

Safety has not been compromised either, with the Dzire endowed with two airbags, ABS + EBD with brake assist, ISOFIX child seat mounts and seatbelt pretensioners as standard.

Surprisingly headroom and legroom is galore especially in the front, even though taller passengers may feel a bit claustrophobic at the rear.

Boot space is decent and though not the best in the segment, but enough to smugly fit in a golfbag and a few items.

Huge bottle holders on the door side panels and in the centre console will keep your drinks in check.

For a small car such as the Dzire, one can only marvel at the way the little cabin space has been optimally maximised.

But it is when driving around the city (0 -100 km/h of 11.7 seconds) that the Suzuki Dzire proves to be an efficient and convenient daily commune.

The suspension is supple and soft, and its knack to absorb all the bumps and humps on the road is highly commendable.

With the air-conditioner on, however, the Dzire seem to struggle especially when going on a steep slope but there are no qualms when it comes to an open straight road.

The 1.2-litre engine is sprightly, pulls strongly and handles well.

The steering, though light, is responsive enough.

In the Dzire, be prepared for loads and loads of convenient kilometres without having to visit a filling station.

Even after a week of (hard) driving the Dzire in and around Johannesburg, we just could not reach the empty level on the petrol gauge.

Our overall impression is that the Dzire does not pretend to be anything else but ticks all the boxes as a well-rounded, practical, economic, city-friendly small family car package.

As far as the competition is concerned, it looks like the Suzuki Dzire is its own enemy as it has to now compete with its sibling the Suzuki Swift (latest generation to be launched later in the year) for the hearts and minds of the budget conscious buyer.

We think the Dzire will attract the more family oriented individual while the Swift (as a hatchback) will likely appeal to a first car buyer with a sense of adventure.

As a package, we give the Suzuki Dzire a four-star rating.