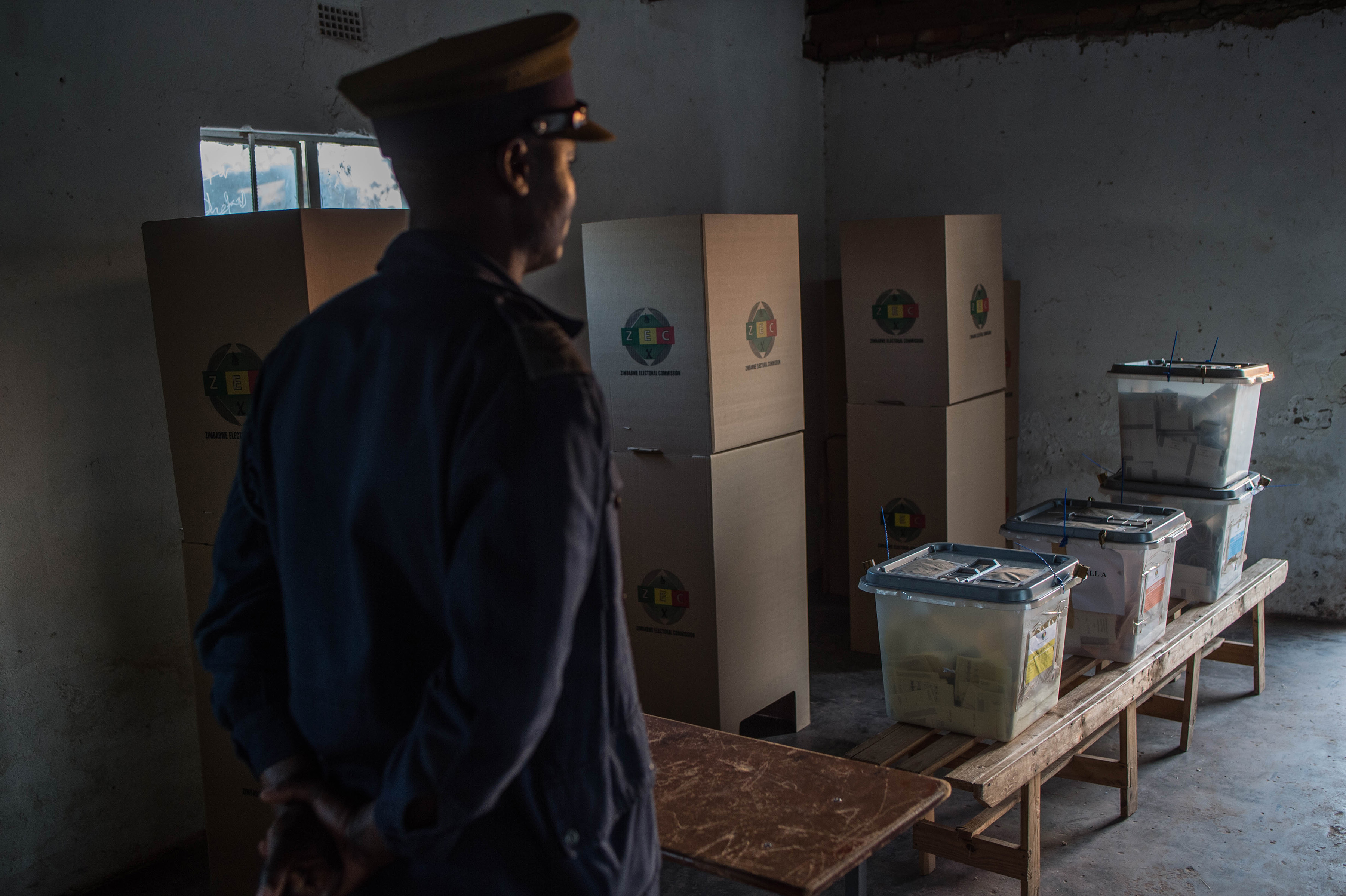 Barring a last minute intervention, it looks all set for Emmerson Mngagagwa to be inaugurated as president of Zimbabwe come Sunday.

The Concourt bid by the MDC Alliance’s Nelson Chamisa to have the elections held on August 1 to be nullified was dismissed with costs on Friday.

The MDC Alliance had claimed the election was rigged in favour of Mngagagwa’s Zanu-PF.

Appearing before a full bench of judges Chamisa’s application fell flat and he was found to have “actually wasted the court’s time by bringing a frivolous and vexatious application devoid of merit”.

Judge C J Malaba on dismissing the case, said elections are won and lost through the ballot.

The court ruled that the only way that the Concourt would have proved rigging, was if the applicant has persuaded the court to open and compare the ballot boxes and to also see what is on the V11 forms and what was declared by the Zimbabwe Electoral Commission.

The court found that it could not be persuaded by bold assertions without evidence from the poll residue which the applicant refused to have it brought before the court.

‘This action by the applicant shows that applicant has other mtves rather than have the court find the exact winner,” judge Malaba said in his ruling.

On the issue of ZEC changing its figures, the court found out that it is immaterial to the declaration by as Mnagagwa still remained above the 50&+1 vote threshold.

He said it is with deep regret that the learned officers of the court can collude with so-called best brains on the continent by delaying the inauguration so that the country moves forward.

‘The court does not take light such childish play okay where applicants’ legal practitioners rely on evidence which they are aware is not admissible in a court of this nature. The court dismisses such contact by applicants’ legal representatives in strong terms,” the judge said.

He added that Chamisa took the court for granted by bringing speculative evidence obtained from Twitter and Facebook.