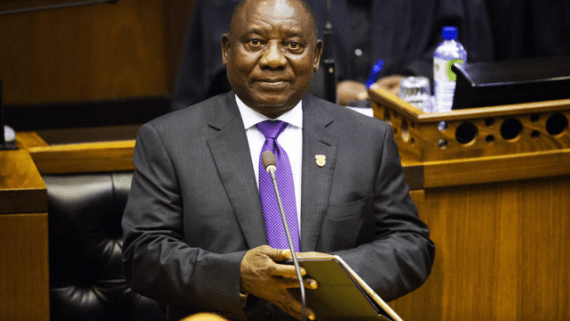 Details about the servicing of the R33-billion loan secured for Eskom from the Chinese Development Bank will be expected when president Cyril Ramaphosa goes back to Parliament for oral reply on Tuesday.

Ramaphosa will have to shed light on the interest rates applicable, the repayment agreements and when the terms of agreement will be released when he appears at the plenary sitting of the National Council of Provinces.

Ramaphosa will also be expected to further give details about the R4-billion loan secured for Transnet.

These are part of the six questions to Ramaphosa who will also be expected to vent on the recent remarks by US president Donald Trump.

The US president had tweeted that he had told Secretary of State Mike Pompeo to “closely study the South Africa land and farm seizures and expropriations and the large scale killing of farmers”.

Another question to Ramaphosa is for him to explain the private sector involvement in the Youth Employment Service and when and in what form lifestyle audits he announced in his State of the Nation address early this year will be implemented.

The question on expropriation of land without compensation is from Ms Mokwele of the EFF in the North West province, who had asked whether Ramaphosa has prepared for the consequences “like possible sanctions from imperialist western countries”.

Its oral time for the presidency with deputy president David Mabusa will also be making his appearance in the house on Wednesday.

The deputy president will answer questions regards the strengthening of financial controls and the implementation of government mechanisms to ensure provincial government implement sound financial management systems to stem the tide of irregular and unauthorized expenditure.

Mabuza, who was at pains to explain his Russian trip on a Gupta-chartered plane last week, will have to give direction into how government intends dealing with the scourge of abuse against women and children.

He will also shed light into government’s anti-poverty programmes, international and national measures put in place to ensure peace in South Sudan.

It will be interesting to hear Mabuza explain the performance of Mpumalanga province under his watch seeing that a report from the Auditor-General May 23 states that the province had failed to address the delays in infrastructure development and basic service delivery.

The question to Mabuza is what will he do differently now in light of the national responsibilities assigned to him as deputy president to promote social cohesion initiatives and lead the Government’s anti-poverty programmes.