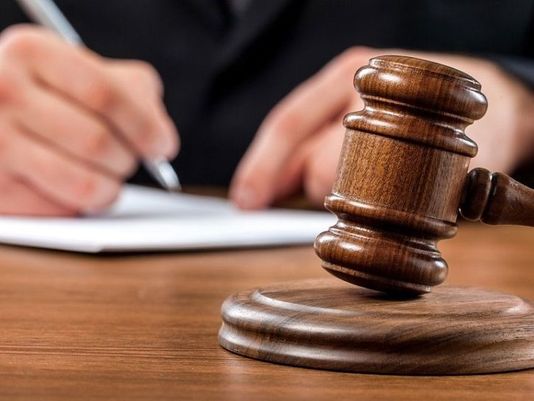 He has the reputation of a hanging judge.

A non-nonsense jurist who does not shy away from speaking his mind in his administering of justice.

You just have to hate to love him.

Legend has it that when you come face to face with him you are most likely to land up “in the hole doing time”.

Most of the suspects he’s convicted will vouch that he sometimes shoots from the hip – and he seldom misses.

This is Herman Badenhorst, a regional magistrate based at the Protea Magistrate’s Court in Soweto.

Like the other day when he told members of the ANC Women’s League who had filled in his courtroom:

“This is not Zuma’s place,” in a snide reference to former president Jacob Zuma.

You should have seen how them Women’s League members cowered into silence like naughty schoolgirls.

That is not all.

When toilets were out of order at the Protea Court, Badenhorstcould not resist the chance to spew his bile.

In a notice at the entrance of the toilets he wrote:

“Fuckall Water. Go shit at home” – much to the shock of the staff and a bemused public.

But it was when faced with a continuous lack of foreign interpreters forcing him to postpone some of the cases that seem to get to Badenhorst’s goat.

“Perhaps you may perceive this a “xeno-phobic” but some or another time the “ADMINISTRATION” will have to realize that foreigners are not present in South Africa to bless the country or contribute anything good.

“They are actively involved in serious crime which all in all taking into account what it costs us to try these crimes, is extremely detrimental to South Africa.

“Needless to say the poor fools paying tax end up footing the bill.”

The Department of Justice and Constitutional Development (DOJ) has not been able to comment on Badenhorst’s alleged utterances four months after Abaphenyi had sent them an inquiry.

Spokesperson Mukoni Ratshitanga sounded frustrated when Abaphenyi contacted him to ask about the lack of response to our inquiry.

“I have sent questions to the Magistrates Commission about this matter and I don’t know what is the delay,” he said.

Sources within the justice department say they are not surprised at the lack of response from the Magistrates Commission whom the accuse of being “an old school boys club”.

“We do not expect them to take action against one of them,” said a source.

It is chaired by a judge, designated by the President in consultation with the Chief Justice.